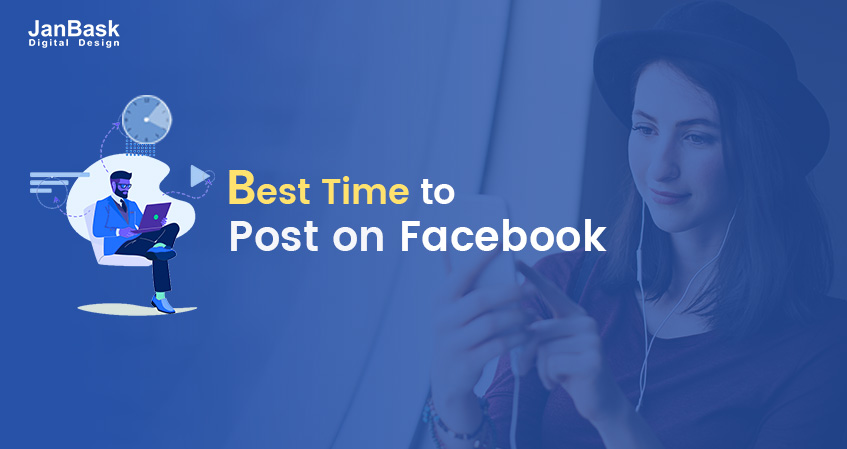 Facebook is said to be the biggest social media marketing network around the globe. Started from the photo-sharing network, Facebook has now become a massive marketing platform for major industries like media, marketing, and technology. As per the recent survey, 68 percent of Americans use Facebook. Well, among the 1.5 billion active users on Facebook and 70 million businesses, nearly 5X of the population of the United States and 20 percent of the world population already using Facebook, and people are still climbing over the range. Now is the right time to put your Facebook marketing strategies to work for your organization.

It’s not enough to know when your visitors are online, but you should be aware of when they’re engaging online by sharing, clicking, emailing, or printing your post. Your social analytics can give you evidence of the most engaging time of your audience with your content. As per the calculations, globally, the average user spends almost one hour per day on Facebook. If a person sleeps 8 hours a day, then it means 7 percent of his waking hours are spent with his eyes epoxy on social media network.

Timing your Facebook posts properly is a crucial part of the success of a Facebook marketing campaign. It saves you from explosive breakthrough and enormous failures.

Facebook posts with images can collect 2.3X more engagement than dry posts without any visuals 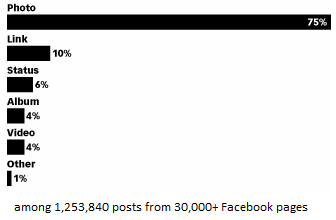 Well, if you ask the same questions to an organization dealing with social media marketing, then you’ll find the same answer- “it depends.” It depends on what? It depends on your region, country, goals, industry, work, and how your target audience communicates with your Facebook channel. You can’t choose the same timings to post on Facebook as per the reports of other marketers. You are unique, so as your business. Facebook insights will help you know when your audience is on Facebook, and when they are not active on Facebook. Every company’s time zone is different.

There is no specific time to post on Facebook. But yes, there are specific trends which show when your Facebook post will have the best chance of the visibility. A thumb rule of posting on Facebook on weekdays is to post around Lunch hour. Let’s split up the timings depending upon the choices of the posts to get the highest average click-through rate (CTR)-

Posting between 12 p.m. to 4 p.m. really doesn’t mean that posting in the morning is not at all fruitful. The most popular web tracking tool reported in 2014 that the most sharing occurs in the morning hours of 9 a.m. and 12 p.m. on weekdays. The reason behind is either the people might have reached office already and refreshing their minds in scrolling the Facebook posts, or people are ready to start their work day with the sharing of motivational thought (make sure your morning Facebook post is motivational and worth sharing)

JanBaskTraining – As per the experience of our Social media marketing team, their first preference for posting on Facebook is 10 a.m. – 11 a.m.

The second choice on the posting on Facebook is 9 a.m. and 2 p.m. because the users are socially active and alert at this time.

JanBaskTraining – As per the experience of Social media marketing team, their second preference for posting on Facebook is 3 p.m. – 4 p.m.

Posting on Facebook between 8 p.m. and 9 p.m. will also be fruitful because people prefer refreshing themselves after or during dinner time. So, Facebook scrolling may be fun. But avoid posting late night, particularly after 10 p.m.

JanBaskTraining – As per the experience of Social media marketing team, their third preference for posting on Facebook is 7 p.m. – 8 p.m.

As per the reports, the best days of the week to post on Facebook to improve visibility are (in order of best to last): -

According to Hootsuite, “Engagement rates are increased on Thursdays and Fridays by 18 percent.”

Mornings 7 a.m. to 9 a.m. is said to be the right time in the United States to post on Facebook because most of the children have gone to school and parents have now time to look at the social media stuff.

Evenings 7 p.m. to 9 p.m. is said to be the most favorable time to post in the United States as most of the eastern people get free after dinner and love to spend time on scrolling Facebook.

You may get more clicks on a Wednesday, but don't count out Thursdays and Fridays for true user engagement. People often need 12-24 hours to warm up to your thoughts, as indicated by a 6-7% increase over the Monday to Wednesday period. Perhaps not surprisingly, Facebook's so-called “Happiness” index is ten percent higher on Fridays than during the rest of the workweek.

According to a Buffer study -the best time to post to Facebook is between 1 p.m. – 3 p.m. on during the week and Saturdays. We also found that engagement rates are 18% higher on Thursdays and Fridays.

How Many Posts Should be Posted in a Day?

Total of three posts a day and engagement-focused posts must be at least one (like about your favorite flavor).

As a result, competition in News Feed — the place on Facebook where people view content from their family and friends, as well as businesses — is increasing, and it’s becoming harder for any story to gain exposure in News Feed.

It is determined by several clicks and shares when your target audience is constantly engaging with the content. Most of the sharing on Facebook is performed when people get to work. Clicking consequently tends to dominate in the afternoon hours. Do not forget to think about the human aspect of sharing. Make yourself stand on the place of the audience by analyzing and thinking your own behavior and habit on social networks. When are you most likely to share the Facebook post? When do you have breaks at work? What kind of post do you prefer to view (image or text) while watching TV at night? etc. There are chances that your audience’s behaviors may not be far off than yours.

Time of Facebook posts as per the Target Audience

Every person is different. As your business is different, your target audience must also be different. The only way to achieve a cost-effective way of building an audience is the way to target people who are most likely to become customers down the road. This means you must be aware of the buyer personas very well. Buyer personas are fictional and generalized characters that share demographics, interests, and goals with your real and potential customers. In Facebook marketing, your target audience will be B2C Business, B2B Business, Software Business, Healthcare Business, Media companies, or Education depending on the type of business you are running or the organization you are in you can define your target audience by asking these questions-

For example, if your target market is the students (be them college of school), you must be aware that they operate on a very different schedule than middle-aged businessmen, and you can initiate to schedule your posts accordingly.

Well, there is another factor to be considered how time zone affects the best time to post on Facebook? Facebook and even almost half of the population rely on the time zones of the United States, which can be followed by almost 50 percent of the overall nation. U.S time zone is called the Eastern Time Zone, and the Eastern and Central time zones comprise approximately 80 percent of the population. So, roughly, if you are not sure of the time zone in which you want to schedule your Facebook post,  then the Eastern or Central time zone is a safe place to start. 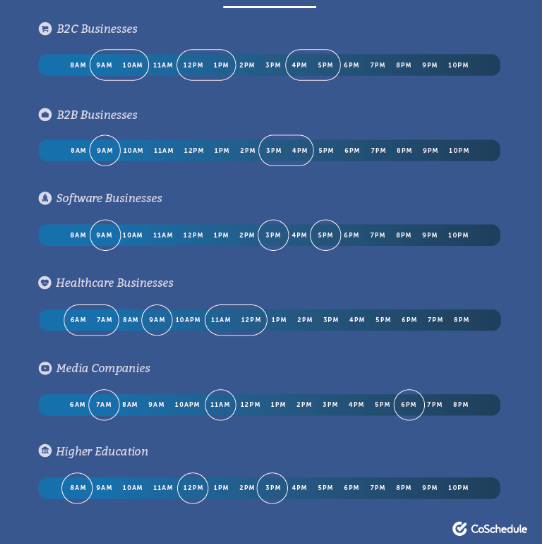 What’s in Your Mind?

I recommend you check the audience engagement in your posts, schedule your posts initially like this-

Try these rough windows and check at what time frame you get the maximum insights and figure out what’s working the best. Once you are clear about the timings,  you will be aware of the best time for your maximum insights into the Facebook post, which may lead to the gain of leads. Check the above time frames on every single day of Facebook because Weekday’s outcomes can be different from Weekends. Usually, Monday to Friday work the same for every time zone but Saturday to Sunday work different from weekdays. Use the same time for publishing the post on Monday to Friday, and again at the same time for Saturday and Sunday.

Apart from planning the post, don’t forget to review your Facebook post to reach the target audience and get the most out of your Facebook posts if you’re looking to reach more people, get more engagement, more shares, more likes, and more clicks to your website to generate your sales.

Facebook insights will help you not only the best time when people become active on Facebook but also the right days when people love to scroll on Facebook. Use the common sense time frame for your Facebook marketing approach to find the right time and the right people for the high engagement in your posts. Maybe some of the people are using Facebook during their work, who knows! Happy Posting! 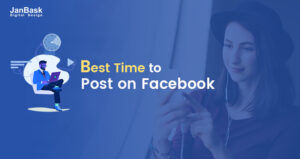 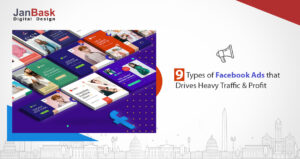 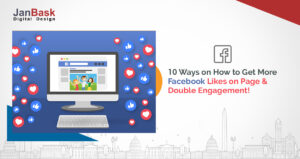 10 Ways on How to Get More Facebook Likes on Page & Double Engagement! 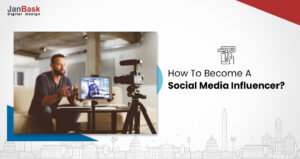 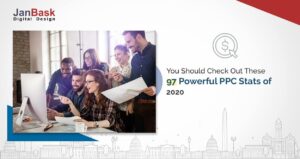 You Should Check Out These 97 Powerful PPC Stats of 2020 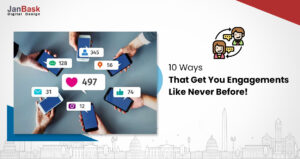